There has been extensive speculation on the part of the international media regarding my whereabouts over the past eight days.  Rumors that I have been selected to lead coalition operations in Libya are definitely false.  It was discussed in certain circles, but NATO politics are pretty complicated and it was felt that my services can be better utilized operating in a quasi-official capacity as a Special Advisor to the President for International Affairs.  That is the real reason for my lack of posts for the past week.  It certainly wasn’t due to my three-weeks grades being due and reading a boring book. 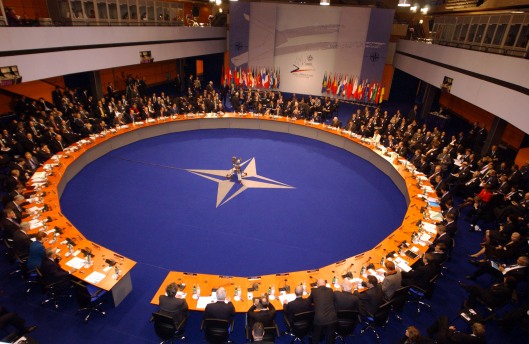 I am third from the left

Michael Walzer’s Arguing About War is a well-reasoned examination of just-war theory in the face of modern international politics.  Walzer considers just-war philosophy as it relates to humanitarian interventions, preventive/preemptive war, and the war on terrorism.  Walzer is a tremendously intelligent individual and he presents some very interesting arguments.  That said, I did not like this book.  This book is actually a follow-up to Walzer’s 1977 classic Just and Unjust Wars.  As such, it assumes that the reader is looking for an addendum to the original book.  This book did not explore the philosophical and moral reasoning behind just-war theory, it simply considered what effect modern issues have on the theory.  The arguments presented are thought-provoking but uninspiring.  The absence of the real philosophical discussion that I presume Just and Unjust Wars contains makes Arguing About War seem like a political science research paper rather than a real work of political philosophy.  I was a political science major and reading this book still hurt me.  Unless you are a mental masochist, do not read this book.